An island group that’s part of Papua New Guinea is about to vote on independence. And, if the poll goes as expected, Bougainville could become the world’s next country.

On Saturday, a new chapter will be written, when 207,000 people begin voting on whether they want greater autonomy or independence.

Observers expect up to three-quarters to opt for independence – but the poll will just be a first step.

The islands were named after an 18th Century French explorer and became part of a German colony, German New Guinea, at the end of the 19th Century.

While under colonial control, Bougainville – current population 300,000 – was always an outpost.

The Germans’ first administrative centre was not established until 1905 – 21 years after their rule began.

And, according to referendum literature, “some parts of mountainous central and northern Bougainville had little contact with either churches or the colonial regime until after World War Two”. 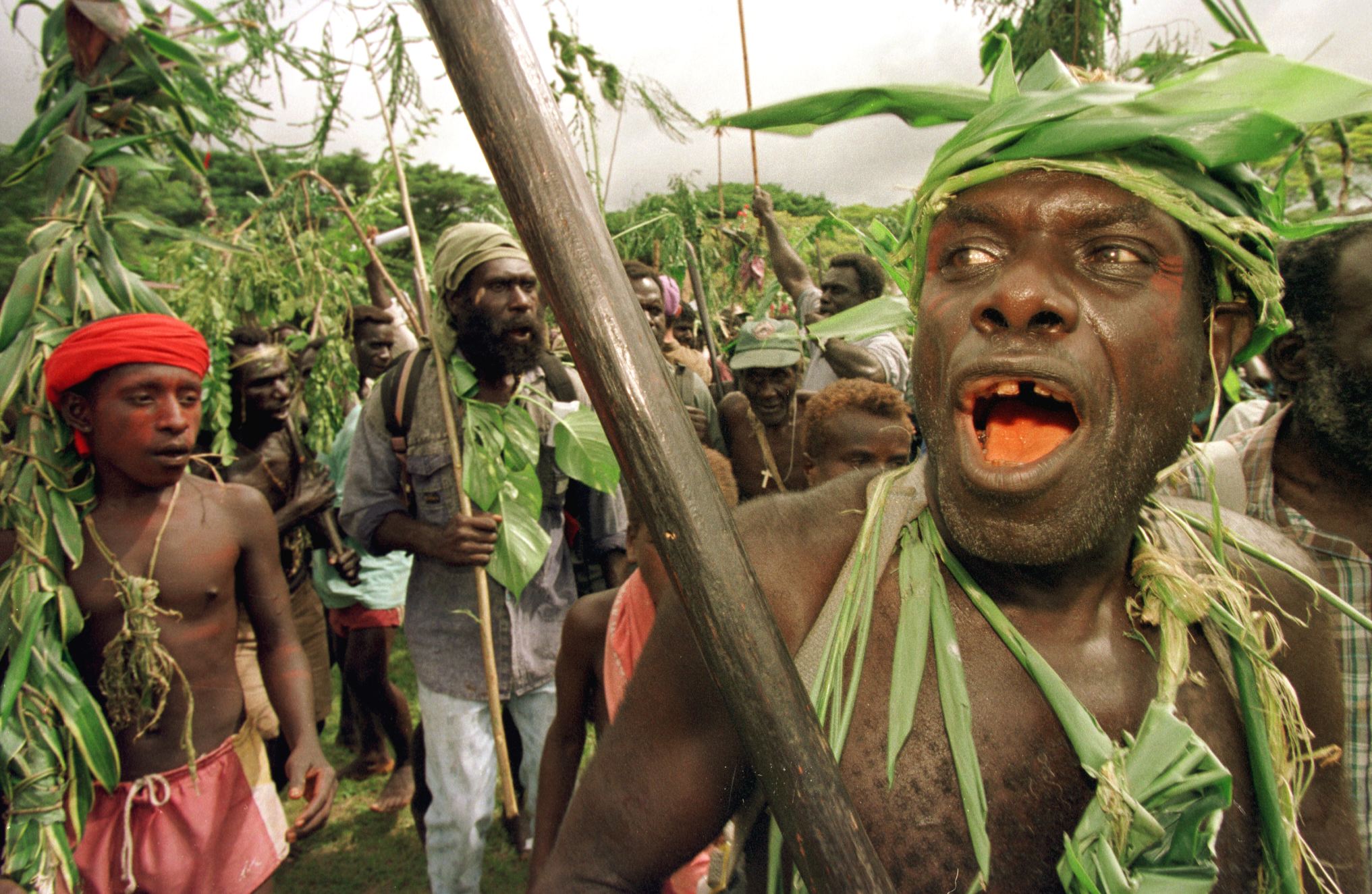 When Papua New Guinea got independence in 1975, Bougainville became a province, even though there was little enthusiasm for it.

In fact, there was even a declaration of independence shortly before PNG was formed – an attempt to create the “Republic of the North Solomons”. However it was ignored by both Australia and PNG.

The declaration was the manifestation of a Bougainville identity which developed during the 20th Century. Initially a response to plantation colonialism, it developed thanks to perceived racism and economic exploitation.

The primary marker of that identity was dark skin colour – most Bougainvilleans have darker skin than most, though not all, people from elsewhere in PNG.

After the failed independence declaration, discontent simmered and in 1988 a nine-year separatist war began.

The fighting came to an end in 1997 with help from international mediators. The result was the Bougainville Peace Agreement (BPA), the creation in 2005 of the Autonomous Bougainville Government, and the promise of a non-binding referendum on independence.

So what options are there?

On the ballot, people will have two options: greater autonomy or independence.

The expectation is that the province will vote in favour of independence – but it’s not a given, so there are three possible outcomes:

Voting will be held between 23 November and 7 December and results are expected later in December.

“There is a palpable pride that the eyes of the world are watching,” Mr Ahern wrote this week. “I believe the process will be a credible one, free of the fear and intimidation once wrought by weapons of war.”

What does Papua New Guinea say?

The central government has previously withheld funding for the referendum process, and its preference is for the region to remain within the country.

In October, new Prime Minister James Marape reiterated that the vote was non-binding, and that the result would be “deliberated upon” by the governments of PNG and Bougainville.

So why does PNG want Bougainville to stay?

For one, Bougainville is rich in natural resources. While the war brought much of the copper and gold mining operations to a halt, the province used to be one of PNG’s richest before the war.

The other worry is that it might set a precedent. If Bougainville gets independence, other PNG provinces (there are more than 20) could also up their demands for greater autonomy – or possibly secession.

Is Bougainville ready for independence?

The new country – should it happen – would be small, with a land mass of less than 10,000 square kilometres (slightly larger than Cyprus, and slightly smaller than Lebanon).

Likewise, its population would be one of the world’s smallest – slightly smaller than Pacific neighbour Vanuatu, and slightly bigger than Barbados.

But according to research by Australia’s Lowy Institute, Bougainville achieving self-reliance would at best be years away.

The country is rich in natural resources – especially copper, which has been extracted on large scale since the 1960s under Australian administration.

But mining operations have been crippled by the war – and the distribution of revenue was one of the factors behind the conflict.

One estimate cited by the Lowy Institute says Bougainville would only have 56% of the revenue needed to be self-reliant.

What are other countries doing?

Australia, the closest wealthy country, is Bougainville’s biggest donor and was involved in the mediation that ended the fighting.

It says it will accept “any settlement negotiated”, but most Bougainvilleans believe that Australia opposes independence.

From further afield, the US and China are also watching the developments closely.

China is thought to already have sent a delegation to look at investing in Bougainville, including a new port. Beijing has recently increased its efforts to boost ties with island nations in the Pacific, establishing diplomatic ties with the Solomon Islands and Kiribati.

Meanwhile, the US – along with Australia, New Zealand, and Japan – have provided funds to help with the referendum.