Jason Derulo is speaking out about THAT viral Instagram photo.

A couple of days ago he shared a photo of himself showing off his toned body in nothing but a pair of boxers. Fans online were quick to notice his private parts were very prominent in the pic.

The Cats singer recently addressed his fans during an interview with TMZ to let fans know it’s completely natural.

‘It was in Bali. I honestly [didn’t] feel like that was going to be my most liked picture when I woke up this morning. I posted the motherf**ker very early. It was [a photo] from months ago. It was not even something that I just did,’  he revealed.

‘Photoshop? Photoshop? Don’t make me [pull it out]. There’s not enough women in this area. Just know that us Haitians, we look different,’ The 30-year-old continued.

He later took to his Instagram to share a photo a man trying to copy the stars pose but with a long stick shoved down his pants.

‘Who did it better,’ he wrote in the caption. 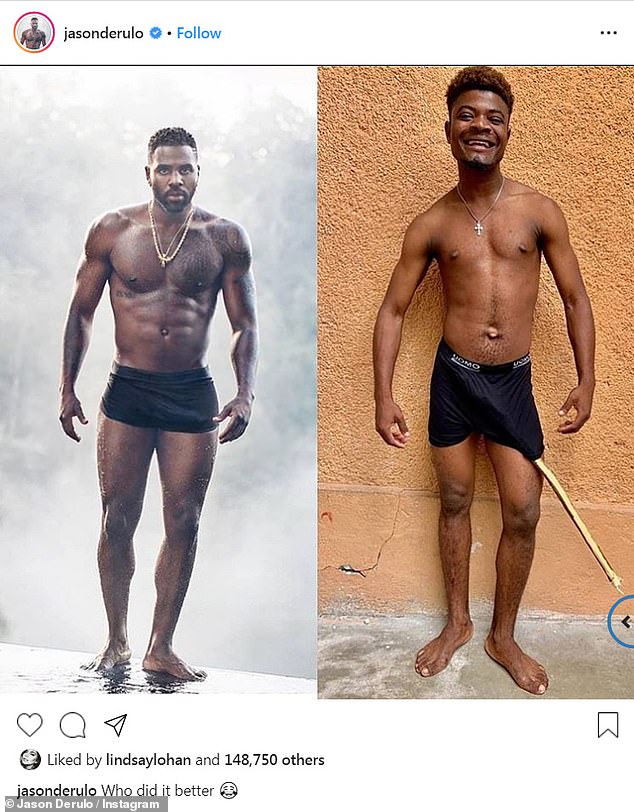 Who did it better: Jason shared this funny comparison photo of a fan remaking the photo showing a stick poking through his boxers

Currently, the Talk Dirty singer is getting ready for the release of the highly anticipated movie, Cats.

The movie also stars other big names such as Taylor Swift and James Corden and is based on the Old Possum’s Book of Practical Cats by T. S. Eliot.

Jason is set to star in the adaptation as Rum Tum Tugger who will be prancing his  way to theaters in December.

Meow: The singer is pictured above as a human feline in the highly-anticipated movie coming out in December

‘Five months of full cat vibes. I was engulfed in the cat world. I went to cat school to learn how to be that cat human hybrid. It was a lot of all four movements,’ he said during an interview with Men’s Health. 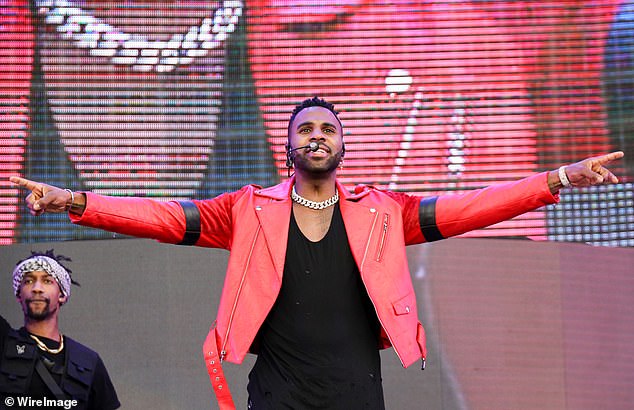 Big performer: Jason is pictured above in Auckland, New Zealand earlier this month performing at the Westem Springs Stadium 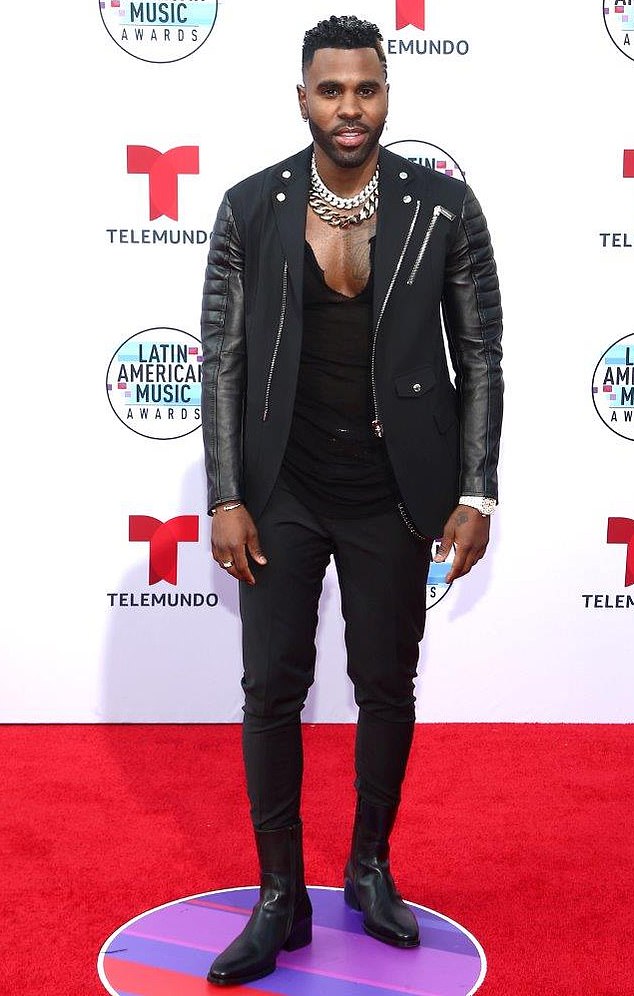